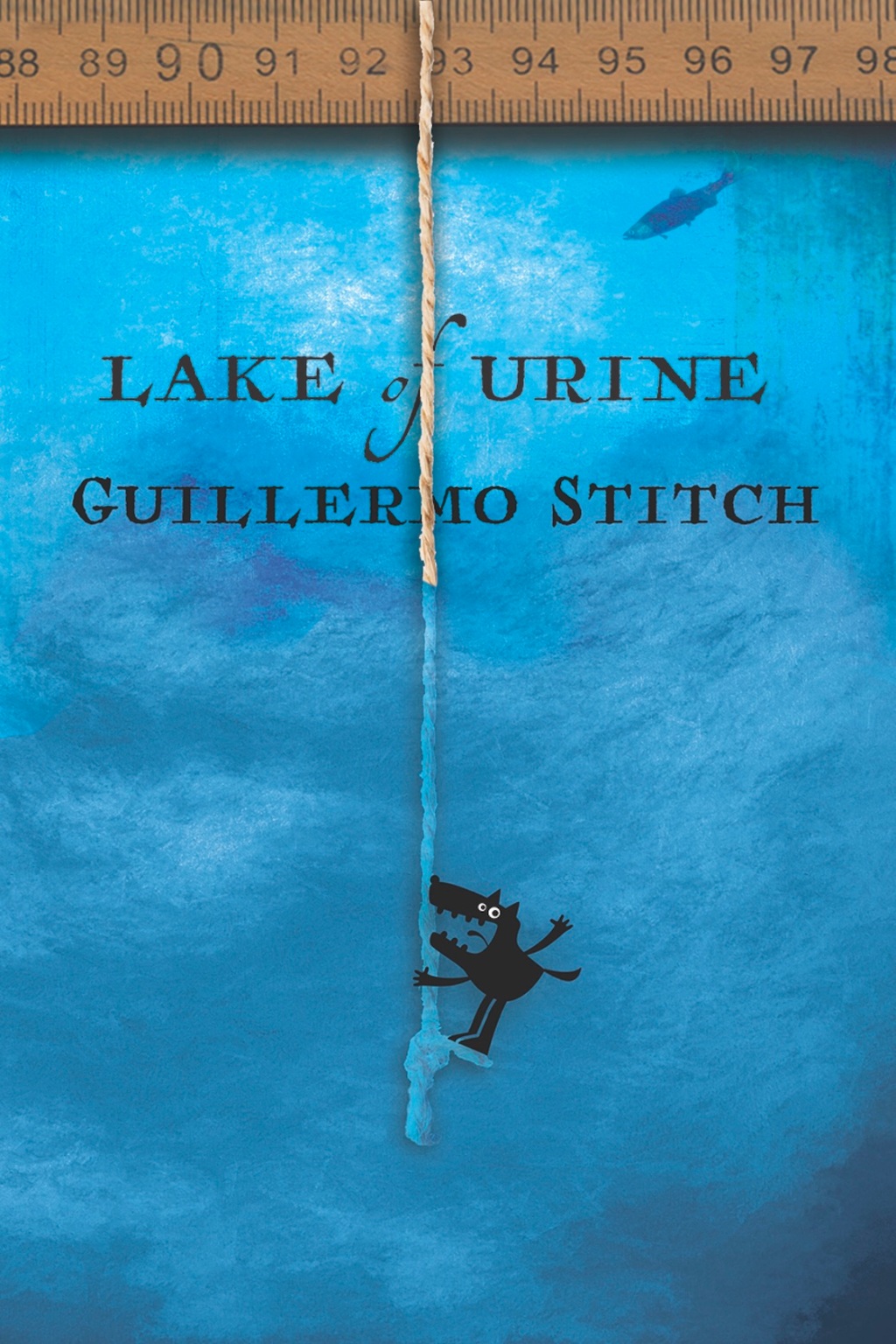 “If anybody tells you this story isn’t true, they are lying. It is a true story; I am lying if it isn’t, and I don’t lie.” – Opening line

If you ask me my favorite modern bizarre authors, I will immediately spout off the names Danger Slater, Brian Allen Carr, and Autumn Christian. But after reading Guillermo Stitch’s Lake of Urine, that’s all changed. This is the type of book I adore: intelligent, whimsically hilarious, and unapologetically bizarre. It is everything I love about surrealism and bizarro put together in one masterpiece.

Stitch sets this gem in a world where past and present mingle, a world of his own creation, where the invention of the wheel and the Internet are concurrent. We follow the saga of the Wakeling Family of Tiny Village. Urine Wakeling and her sister Noranbole live opposite lives: while the boys of the town flock around Urine (despite her horrible disposition), the noble Noranbole is relegated to a life of unnoticed servitude.

The sisters’ lives are about to change. Noranbole flees to Big City with her paramour Bernard, where she starts a life of success as CEO of the world’s largest company, while Urine becomes the unwitting victim of Seiler, the family’s mad handyman. Obsessed with string, Seiler seeks to measure the depth of a nearby lake, using the petulant Wakefield daughter as a weight.

At the center is the family’s matriarch Ms. Emma whose, ahem, skills have earned her eight husbands. The story dives into the past of this bizarre family, returning to Emma’s youth and the courtship and ultimate demise of each of these marriages. As the longest portion of the book, it started to drag towards the end—my only complaint. The characters of both Noranbole and Seiler were far more interesting in my opinion and deserved more ink.

Lake of Urine is rich with a peculiar sense of humor, bringing to mind the work of Danger Slater, while Stitch’s parody of the confusing cogs of bureaucracy is Kafkaesque. Despite these similarities, this book stands on a pedestal of its own.

Though the novel possesses many laudable qualities, it is Stitch’s language that truly shines. His narration is whimsical, almost antiquated—a style that could be potentially obnoxious, but with Stitch’s touch remains fresh and witty. At first glance, some passages feel tedious, as the author leads us through long lists and jargonized palaver. But this is the book’s brilliance and if you keep reading, you’ll find a wealth of wit and satire.

The entire novel is a patchwork of different styles, voices, points-of-view, tenses, dialects, and narratives. Still it lacks chaos, arranged just so. Stitch utilizes an incredible vocabulary (words I’ve never heard of like pavonaceous and absquatulation) without sounding pretentious, but rather adding to the whimsy. Even with the occasional trip to the dictionary, it remains very readable.

Despite many rewrites of this review, I fear my words cannot do this novel justice. When I started reading bizarro fiction, I knew what I wanted from it. Lake of Urine is the epitome of that want. Without hyperbole, I can say that it is my favorite modern bizarre novel. If you have any inclination at all toward the bizarre, pick up this book. I know I’ll be looking forward to what Guillermo Stitch puts out next.