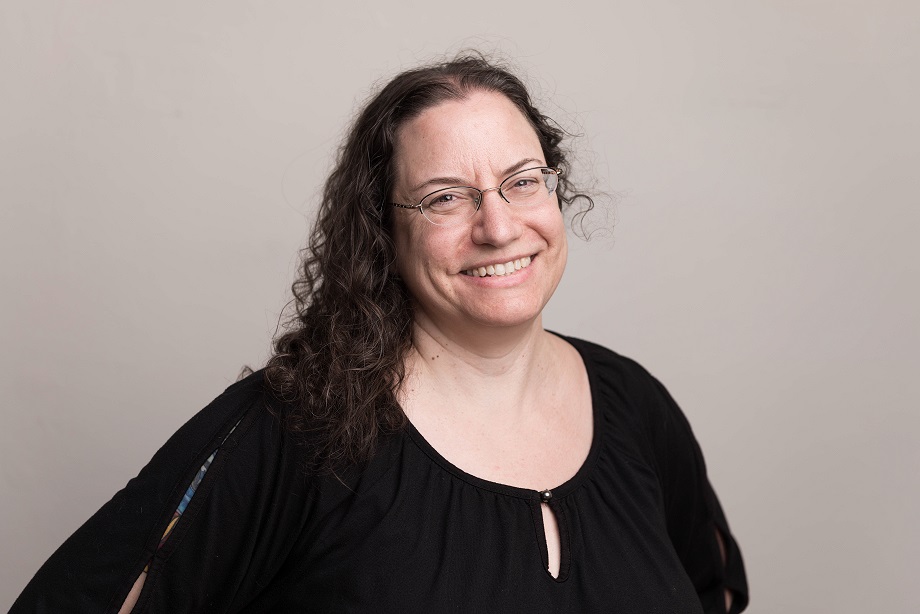 This month I “sat down” with bizarro and horror author Amy M. Vaughn. She describes her work as “weird little books,” though she has authored non-fiction as well. Living with bipolar disorder, she advocates for mental health on her blog.

You can find my review of her novella Skull Nuggets here

ZÉ BURNS: When did you start writing?

AMY M. VAUGHN: It feels like a long time ago now, but I can trace the line back to writing short stories and poetry for zines in high school. Then I took creative writing courses in college with an eye to “being a writer.” I never stopped writing, but by grad school I had moved solidly into nonfiction. I didn’t find my way back to fiction until Thigh Gap came out of me like electric glitter vomit in the spring of 2017.

ZB: Who are your influences?

AMV: This one’s killing me! The more I think about it, the harder this question is to answer. My shortlist would look familiar (Vonnegut, Chuck P., CM3), but the people who’ve had the strongest influence on me aren’t famous authors, they are people I’ve known. In the end, there are just too many writers and teachers, too many friends and entire communities at this point to parse out who’s had the strongest impact. As the New Age fruitcakes say in Sedona, “Everything in my life has been leading me to this moment.”

ZB: What are you reading right now?

AMV: An ARC of S.T. Cartledge’s Cherry Blossom Eyes, which is simultaneously delightful and creepy dark, so I’m digging it, and the Survivor Manual, which is deeply boring but necessary for a novella I’m hoping to write.

ZB: What was the inspiration behind Skull Nuggets?

AMV: Suicide and voluntary trepanation. I was researching trepanation for fun—like you do—when the image came to me of Robert getting in the van after leaving the hospital. From there, I just knew it was going to be the story of this average depressed guy who failed to kill himself and how he comes to terms with that.

Suicide is an important issue to me. I’ve had suicidal thoughts off and on my whole life, but three years ago I had a really brutal mixed episode that changed everything. Since then it’s been intense. Skull Nuggets was a way to explore my fears and connect with people on a topic most people pussyfoot around.

ZB: You’ve spoken publicly about your struggles with bipolar disorder. In the end, do you think it has helped or hindered your writing?

AMV: Both, for sure. I can write for days when I’m hypomanic, only stopping to sleep for a few hours here and there. But if I don’t keep it somewhat controlled, I have to take the medicinal equivalent of a straightjacket, and that destroys my momentum, as does the complete disinterest that comes with depression. It is rough to get back in the swing of things after those kinds of events. They happen about once a month right now.

Besides pretty much controlling my word count, I think bipolar allows me to empathize with a broad range of the human experience. I go through the highest highs and the lowest lows every couple of weeks: euphoria to hopelessness; universal love to paranoia; obsession to complete and utter not giving a shit. It gives me a lot to work with when it comes to creating characters and their arcs.

Without bipolar I doubt I would have put any of my work out into the world. My manic episodes come with a self-assurance that just crushes any inhibition or self-doubt. It’s only for a short time, though. Just long enough to take rash action! As I’m sure you can imagine, this doesn’t always work out in my favor. But it has so far with publishing, I think.

More than bipolar helping or hindering my writing, what’s important to me is that writing helps my bipolar. It’s a safe and productive place to put my brain. It keeps me focused and out of trouble. Right now it seems like I am most content when I’m deeply involved in a writing project. It isn’t a stretch to say I write because I have bipolar.

ZB: What can we expect to see from you in the future?

AMV: Thanks for asking!

The call for submissions to Dog Doors to Outer Space: A Compilation of Bizarro Writing Prompts is open until 10 November. This is turning out to be a super fun project. The submissions I’m getting are hilarious, fantastic, and of course bizarre. I would like more, please and thank you.

I also have a book about Diogenes and homeless dog-people coming out in the spring from Cabal Books. It’s called The Shelter. And finally, I have another novella out for submission, for which I am currently accepting well-wishes.

Thank you for the interview Zé, and for all you do to support bizarro writers.

Thank you Amy for your time! Check out these awesome books: