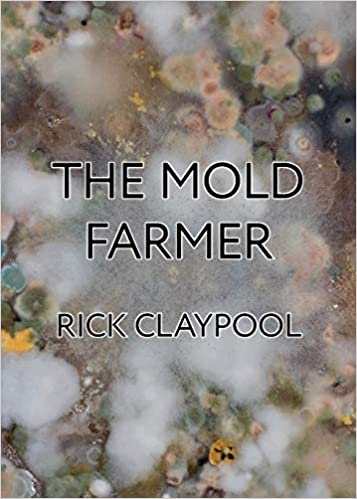 Rick Claypool’s The Mold Farmer is a novella that follows the life of a man named Thorner as he takes care of his family and campmates, despite how little the world wants him to. At its heart, it’s a story about the lengths to which one will go to provide for their family. The actions of a man who is willing to risk it all faintly echoes of The Grapes of Wrath, now updated to a world that has been ravaged by other creatures. It’s reminiscent of a hybrid of Fallout and Star Wars but rather than telling the stories of the heroes who change the world, it tells us of those who merely survive and do their best in it.

The world building in this book is extremely strong. Like a dream, the reader instantly feels familiar with the world without knowing what happened or how they got there. Instead, it feels both unique and comforting; even though the reader doesn’t know the backstory with the world, it feels well lived-in without an encyclopaedic explanation for everything that has happened. It’s stronger for not having everything explained as we get to learn through the character’s experiences. For lots of authors, introducing a world like this and not building on it would be a gamble, but for Claypool it pays off.

As a result of this world, and Thorner’s motivation, readers should expect to be gripped on their journey into this surrealist postapocalyptic land. From the first chapter readers should know that things are going to be bizarre, and the journey doesn’t relax them at any point. Even the titular mold farm isn’t the strangest moment of this book. Fans of the strange will welcome the chance to scratch their head and throw pebbles at Claypool’s imagination to wonder how it works.

The greatest strengths of the book may appear to be weaknesses to some readers, especially if they want a whole world and backstory explained, rather than glimpsed through the portal of strangeness and seeing how the residents of that world live. It does mean that interesting ideas aren’t perhaps explored as in depth as they could be, but there is solace to be taken in that they do exist. Equally, the motivation of Thorner doesn’t allow as much exploration into his own individuality as one would like. Thorner does come more into his own and develop as the novella progresses, but readers may feel like they only get to know him as the final pages of the book are turning. The flipside of this, however, is that the family that he cares for feel real and worth the sacrifices.

The Mold Farmer is an exciting and unique book. Claypool should be proud of what he has created, dodging tropes that could easily influence both story and setting and coming up with something that will entertain fans of the weird and normal. Read this book if you want to know a tale of family, struggle, hard work and fighting against the oppressors. Just be careful, you may just get sucked in so much that you end up becoming a mold farmer.