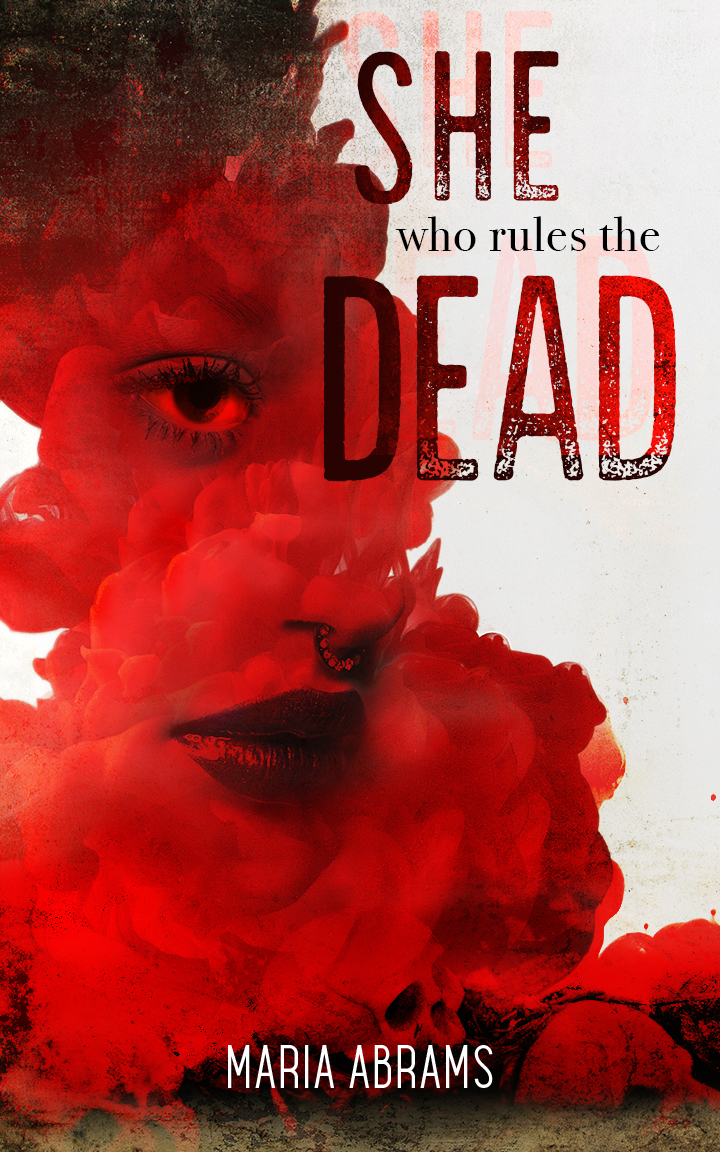 She Who Rules the Dead is a fun, fast-paced weird chiller that plays to several fears at the same time. Nearly every woman I know has a weird-guy-in-a-bar story, enough to make me believe this smarmy creature has become a creepy archetype. The one that author Maria Abrams conjured up may just be the creepiest ever. To reveal too much about this evil entity would rob the reader of several plot twists and turns and, take it from me, you want to appreciate every bump in this crazy story. A simple abduction-torture tale is quickly elevated into the world of the strange as our heroine is not what she appears to be. As the title suggests, she has powers that no mere mortal—even the ones who worship death—can imagine. Abrams has crafted a tight claustrophobic novel that condenses the action from a bar to a van and finally into a basement surrounded by his previous victims.

While the novel starts out with the title character already trussed up and in the antagonist’s van, Abrams takes a slight detour and gives us a glimpse of the backstory surrounding two previous killings and the abduction. For a short while I was afraid the story would just become a dialogue exchange, but I should have trusted Abrams to bring things back around to the action which she does, with a vengeance.

Once all of the plot cards are on the table, She Who Rules the Dead becomes not so much a battle for survival as it becomes a battle of attrition. The horror comes from the slow torture of the title character, a metaphorical and literal method of reducing the title character piece by piece until her secrets are revealed or she vanishes.

The book works as a straight up horror novel, and it also works as a piece of transgressive literature. The violence is consistent with the events of the plot and there are enough twists to keep those who love the weird—and who doesn’t—very happy. The climax of the book is straight vintage George Romero and the effect is thrilling.

She Who Rules the Dead belongs in every horror lover’s and weird fiction lover’s pile of must reads. Prior to reading this book, I was unfamiliar with Abrams’ work, but going forward, she will definitely be on my radar and I will anticipate any new releases with great fervor.

John Porter is a writer of horror, dark fantasy, and is a former stand-up comedian. He also writes about blues music and plays records at VPM.org/timefortheblues. He has written extensively about surrealist theatre and Mexican Exploitation Films. His website is under construction because he is too lazy to finish it.