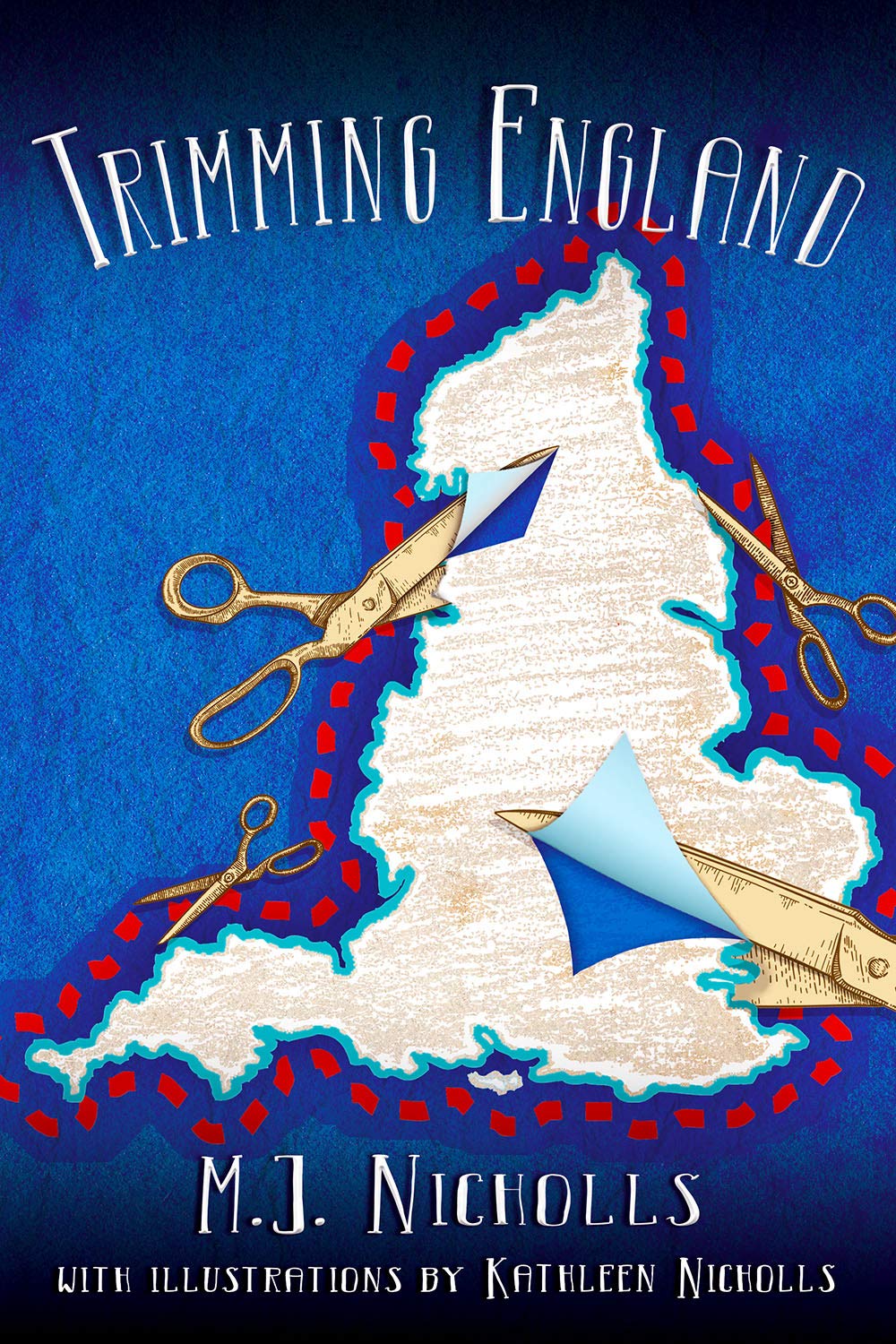 M.J. Nicholls’ latest book, Trimming England, shows an alternate world where the population is slowly whittled away. The Prime Minister asks each county to nominate someone to be sent to a one-star hotel in Jersey. Thus begins Nicholl’s chronicling of the absolute worst that England has to offer.

Readers won’t need to know much about English regions or dialects to follow along with the despicable people sent to stay at the Hotel Diabolique. The concept will charm regardless of the audience and one can imagine how easily and well it would translate across other countries and continents. It may be slightly disappointing for those familiar with England as other than the county names and a few of the cities, the locations don’t feel authentically rooted. West Yorkshire could be swapped for Cornwall. The introduction sets up the initially absurd premise with ease and allows the case of each county to stand on its own. Essentially, this is a collection of flash fiction—some of the stories last less than a page and contain a single picture, others are more detailed and feel like an encompassing story. Nicholls’ is a confident writer who is rightfully unashamed of his modernist writing that may have some readers admiring his heights of creativity and others scratching their heads.

The individual stories work best at their shortest and funniest. Nicholl’s clearly knows how to set up a joke and doesn’t rely on the absurdity of the book’s premise to deliver laughs for him. This can range from names of characters to the reason they’re being sent away. Some of these people would be in prison if not sent away, others just commit annoying social faux pas. It’s easy to imagine that at the Hotel Diabolique Ted Bundy would ask Larry David to pass him the milk. The book has a focus on how writers can often be annoying and although this comes up often, the way it is handled is different enough to not become tiresome. Still, it may be slightly less interesting to people who have no hand in the creative arts. The highlight—a list of Letterboxd movie reviews that saw someone be sent to Jersey solely for their poor taste in films. Each chapter varies so much from the last that it’s almost like opening a random Christmas present, never quite sure what the next one will be. One interesting side effect is how much the reader may think about the book, wondering what criteria they would set for exile.

Trimming England is not a book that rests on its’ laurels and for the most part it pushes forward into new territory with each chapter. For ambition and execution alone, it’s something special. It’s easy to pick up, dip in and out of and find something to admire.  Nicholl’s has a unique style and ambition that may not work for every reader, but those who resonate with it will love it and hold it close as they beg not to be sent to Jersey.