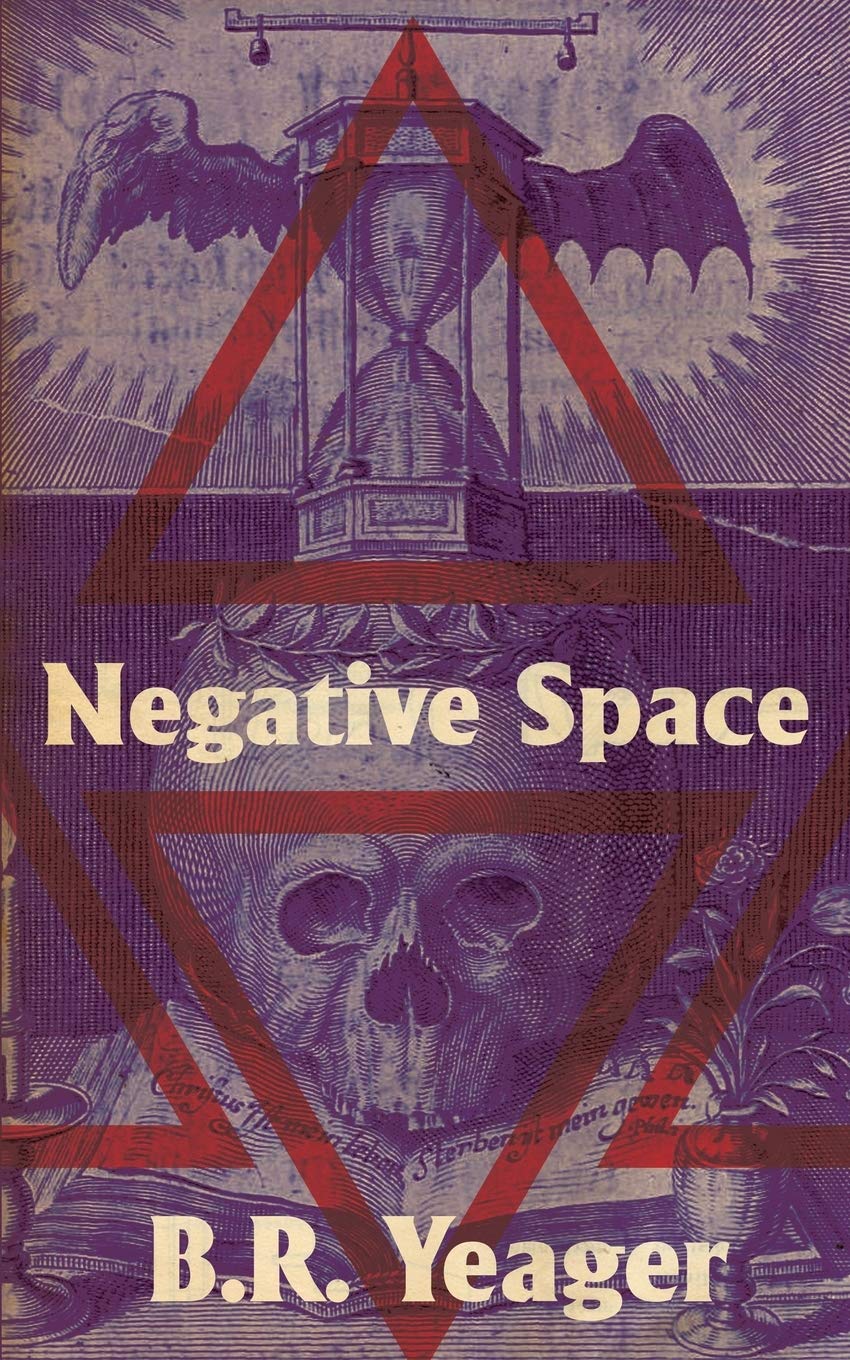 It’s difficult to imagine writing a concise plot summary for this book. Because, though it is plenty plot-heavy, I feel like trying to describe it would do a disservice to what I think may be one of the most emotionally evocative novels I’ve read in the past year.

Negative Space begins similarly to stories we’ve heard before, but quickly warps and unravels into a wholly unique reading experience. A pair of mentally ill teenagers, Tyler and Jill, meet in a psych ward and their connection twists into a relationship. Their friends are unpopular and weird in the eyes of peers, and the novel shifts between four first-person points of view. We see through the eyes of Tyler, his friend Ahmir, Jill, and her friend Lu. This rapid cycling change in perspective complements the effects of WHORL, a new drug that opens metaphysical cracks in space, threading users with black string to alternate realities, past and future timelines, to each other, and to everything. Each hit or mouthful of the stuff seems to cause tiny ripples to radiate through layers of parallel (but mutated) universes. Drug use—for treatment or recreation—is omnipresent and laissez-faire in the small, New Hampshire town close to its breaking point. WHORL is legal and readily available at any corner store.

Reading Negative Space often felt like swimming through a moat filled with soupy sludge steeped with weirdness; once acclimated, I couldn’t stop swimming. That said, this book may not be for everyone, and I must admit, there were a fair number of times when I considered putting it down. The constant shifting between perspective and subtle changes in timeline work well to trigger a sense of anxiety and panic in the reader. While I commend Yeager for successfully evoking intense feelings, it was occasionally too much for me personally. The sense of panic once reached beyond my threshold for stress, and I had to separate myself from the story for a while before coming back. The pacing paired with the content—which, to be frank, is chock-full of body horror inflicted upon both teenagers and animals—could prove too much for more sensitive readers, but those who make it through are rewarded with a story that shines brilliantly through its muck and grime—sometimes literally, as mentions of color and texture, often in regard to bodily fluids, are used frequently and symbolically.

Several times throughout the novel, intense trauma is followed by a jarring tonal shift in perspective. These shifts in point of view are effective in creating an atmosphere of dread and nausea as the story weaves itself together and tears itself apart simultaneously. That being said, the absence of one perspective can speak as loud as entire sections of another. A successful marriage of form and function. There’s a lot of potential for re-reads to give clarity and make connections that weren’t apparent the first time around.

So much of the book underlines the fact that people are made up of all we consume, feel, and think. Friends and relationships come and go, we fragment ourselves and pass out the pieces to those we get close to; there’s a constant exchange of wet chunks from each other, both physically and spiritually. Time and circumstance can separate, but the indentations on our psyches and marks on our bodies are often permanent.

Also of note is the culturally and racially diverse ensemble of characters. They’re unabashedly queer, dealing with issues of gender identity and sexuality, overcoming guilt imposed by the church, and the novel has leftist overtones in its messaging and delivery. Negative Space is a cautionary tale about what happens when an overworked and underpaid community—which is declining financially and in population due to the high suicide rate—becomes desensitized to important issues affecting their own youth. It’s a story of how trauma and mental illness can descend generationally and manifest exponentially when neglected. It’s about a lot of things, and it comes recommended from me if you think you can handle it.

Evan St. Jones does non-profit work by day and book stuff by night. They’re a co-creator of Queerport (LGBTQ arts organization), and co-owner of Vessel Vintage, both based in Shreveport, Louisiana. Evan recently started Heads Dance Press, where they plan on publishing weird fiction inspired by pop culture and horror.